I sat beside his hospital bed and held his hand; his voice was barely audible over the sound of the ventilator. He kept his eyes closed most of the time but, every so often, his hand would grip mine a little tighter as if to make sure I was still there.

I drove nine hours to be there but, I have to be honest, I’ve not always been the best at showing up. I always worried about saying the wrong thing, appearing awkward, and a host of other self-centered concerns. I went back and forth on whether I should make this particular trip. But, as I drove that entire day, I felt God whispering, “You’ll never regret showing up for someone.”

At one point, he asked for me. Though we had interacted on Facebook, I hadn’t seen my uncle in ten years. Yet, as I waited outside of his room while others visited, he asked for me and said that he loved me.

I was in the room when the nurse commented on what a wonderful family he had and my uncle replied, “Hmph, they’re okay.” Then, he winked at me.

I was present when the nurse came in to remove the ventilator and he whispered, “I’m going to die, today.”

Then, as he lay unconscious, I ran my fingers through his hair, caressed his face and held his hands. It was, by far, the saddest and hardest thing I’ve ever done. But, as I drove home 72 hours later having never left the hospital and still wearing the same clothes I showed up in, I knew those moments were all gifts from the Lord.

You’ll never regret showing up for someone. 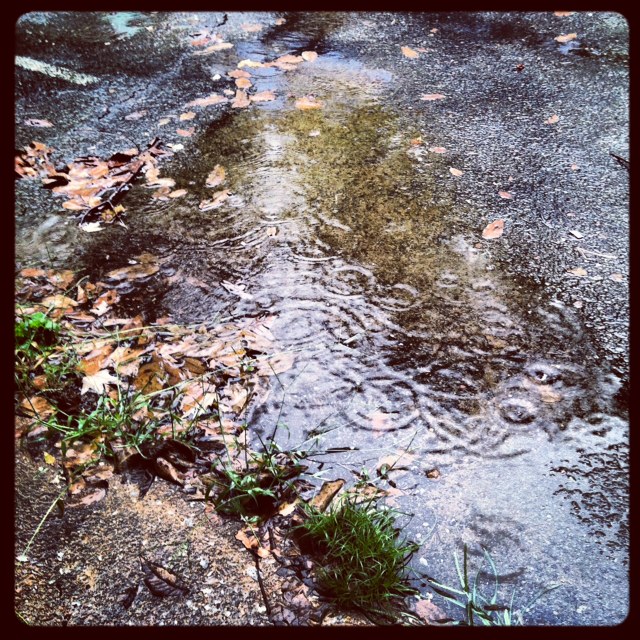 Do the hard thing.

Get your hands dirty.

Enter into someone else’s grief.

You won’t regret it.

I almost died last week. You might think that is an exaggeration but that’s only because you did not see the ring of death that I rode at the local Strawberry Festival. I don’t know if rides have gotten scarier or if I’ve just gotten older (okay, fine, I do know!), but there is no reason for an almost forty-year-old woman to be dangling upside down for a sweet forever.

My brother has always had this theory that you shouldn’t ride anything that can be put up and taken down in less than twenty-four hours. I used to think that was just fear speaking but, perhaps, it was wisdom at an early age. After all, as I was standing in line for the tilt-a-whirl, I did see the two workers have a pow wow in the corner. Then, one reached behind a curtain and pulled out a small bag of parts and proceeded to crawl under the ride. Were these the parts they had forgotten to put on? The “spares”, perhaps? Were they replacements for the parts that come off on the regular?

What would make a normally rational woman ride the ring of fire? In my case, it was a little boy who rides the bus to our church on Wednesday nights. He came up to me as I was working a booth and begged me to ride this particular ride with him. He continued to check on me every thirty minutes to make sure I had not forgotten. So, at 6:00, I walked to my doom and rode the ride.

For the rest of the weekend, every time he saw me, he smiled and gave me a thumbs up. He would yell over the noise of the rides and crowd, “You did it!” He’s right; I did it. But, I’ll tell you, it was frightening and uncomfortable.

God often calls us to frightening and uncomfortable scenarios. If you commit yourself to following Him, you may just find yourself hanging upside down trying not to embarrass yourself by begging the workers to stop the ride when all you wanted was a funnel cake.

The Strawberry Festival draws you in with the cotton candy and bright lights. You’ve already bought the armband and gotten on the ride before you realize the cost. Christ, on the other hand, is quite upfront.

Pick up your cross.

The world will hate you like it hated me.

Everyone who wants to live a godly life will be persecuted.

You can never say that you weren’t warned. But, one day, when it’s all said and done, we will lay eyes on Jesus Himself. On that day, over the noise of the angels singing and trumpets blasting, He will yell, “You did it!” And you can know that, yes, it was often frightening and uncomfortable, but you did it.

Just hold on tight and enjoy the ride.