Right now, there are little girl giggles coming from the bathroom. They do not realize that it’s only 4:30 in the afternoon and we have already had dinner, are in the process of doing baths and mama has her eye on the finish line {aka bedtime.} It’s been a good day, but a long one, and I’m looking forward to some Netflix and coffee once the littles are all tucked in and kissed goodnight.

I’m not anxious for bedtime because it’s been a bad day. Quite the opposite, in fact. It has been all kinds of good. I woke up at 2:30 a.m. to a crying baby who, apparently, was not as excited about falling back as I was because she hasn’t slept through the night since.  But she was all smiles and happy to see me. And, so, I used the time to pray.

Through my Look at Luke non-series, God has been impressing on my heart how often Jesus was in prayer.

And when Jesus also had been baptized and was praying, the heavens were opened. – Luke 3:21

But he would withdraw to desolate places to pray. – Luke 5:16

In these days he went out to the mountain to pray, and all night he continued in prayer to God. – Luke 6:12

And taking the five loaves and two fish, he looked up to heaven and said a blessing over them. – Luke 9:16

Now it happened that as he was praying alone… – Luke 9:18

Now about eight days after these sayings he took with him Peter and John and James and went up on the mountain to pray. – Luke 9:28

It’s no wonder that, eventually, one of the the disciples asked Jesus to teach him how to pray. 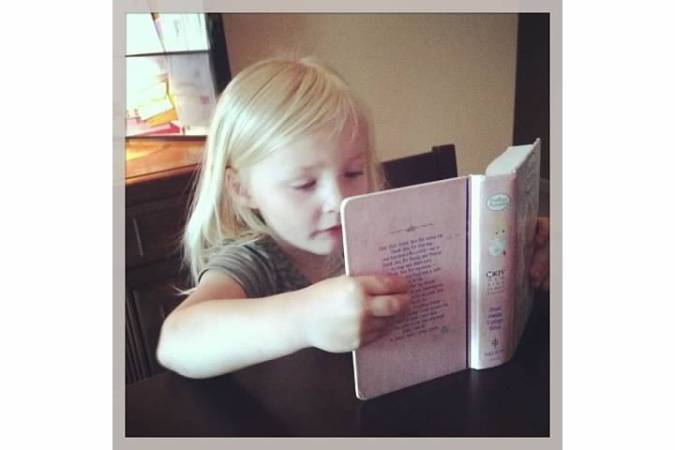 Because how else can we extinguish the arrows of the evil one if not with faith? Prayer is such beautiful evidence of faith – believing that we are heard and that our prayers truly reach the ears of God. Jesus promises that he who asks will receive. He who seeks will find. He who knocks will have the door opened. {Luke 11:10} And what is prayer if not asking and seeking and knocking?

Jesus was constantly in prayer – speaking to his Father throughout the day.

Why would I think that I need to do anything less?

One thought on “Prayer {Look at Luke}”