When a Pharisee throws a party, it is an A lister. Only the elite are invited and, conversely, everyone invited considers themselves the elite. One such event takes place in Luke 7:36-50. During this particular dinner party, Jesus was the guest of honor. There is great irony in that all of the guests felt completely worthy to be there. I imagine them sitting in various places around the room. There was probably some eating and some drinking and some small talking. I can tell you what did not take place because Jesus is quick to point it out.

No one gave him any water to clean his feet.

No one kissed him in greeting.

No one anointed his head with oil.

They all treated him quite casually. They were oblivious to the fact that they stood in the presence of the Messiah. They were standing on holy ground and didn’t even know it because, when a Pharisee throws a party, it’s all about the Pharisee. This becomes obvious when Simon, the Pharisee, opens his mouth.

If this man were a prophet, he would have known who and what sort of woman this is who is touching him, for she is a sinner. – Luke 7:39

Let’s back up just a moment.

All of the invited guests are enjoying themselves when, suddenly, she walks into the room. She was known in that city. She was known as a woman who sold herself for money. And, I would be willing to bet, she was no stranger to some of the men in that room – if you know what I mean.

I think one of the gutsiest moves in all of Scripture – right up there with David standing toe to toe with Goliath – was when this woman crossed the threshold of that house. I don’t know what she was looking for that night.

When a Pharisee throws a party, appearances are everything. But when a woman is desperate for something more, the last thing that matters is whether or not she has an appropriate party dress.

And, for all of their Pharisaical knowledge, she knew what none of those men knew. Something about the way he looked at her – something in 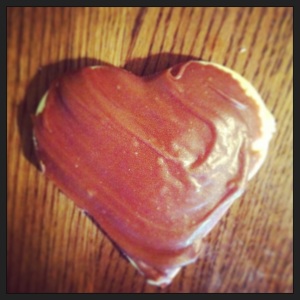 the way he didn’t pull away when she came near – she knew who Jesus was and it was more than she could bear. Her tears fell unchecked and no one else in that room mattered.

She bathed his feet in her tears.

She covered his feet in kisses.

She anointed him with oil.

She honored him the way no one else at the party had done. She loved him with everything she had and, whatever she had come looking for, she received it and more.

The ultimate party crasher became the guest of honor.  Forever, she would remember the day when she walked into a room as that woman and walked out as beloved.

If you can listen to Cece Winans sing this song and not jump out of your skin, well, you’re a better woman than I am. 🙂

2 thoughts on “When a Pharisee Throws a Party”