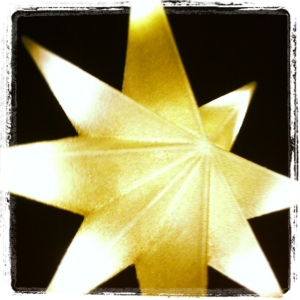 Sometimes, I look around and my life seems very ordinary. I get a little disillusioned because I thought my life would be somehow bigger. I had big dreams and big plans and I was going to do big things. And, yet, I feel very small in the grand scheme of things. While I know that I am completely surrounded by blessings {Like, seriously, I have blessings hanging off of every limb.}, I also worry that I somehow missed some holy assignment God had for me. Like, maybe, I’m here washing the same dishes and folding the same laundry day in and day out and, all the while, there is some “thing” out there that I am supposed to be doing. What if God had a job for me to do but I missed it because I had to change a diaper or it was nap time or it’s Friday and, sorry God, but that is my grocery shopping day? Does God even see me here covered in ordinary?

Then, I read this verse.

There were shepherds out in the field, keeping watching over their flock by night. – Luke 2:8

The shepherds were out in a field. Well, where else would shepherds be?

The shepherds were watching over their flock. Well, what else would shepherds be doing?

They were not hanging out in the city for fear they missed out on something. They were not trying to write a motivational book, build a small business, and gather a following on social media all while watching over their sheep. Those are all fine endeavors but it is also okay, for crying out loud, for a shepherd to just be a shepherd. I’m afraid that we have turned into a society where everyone thinks they have to be something more. I’m not talking about being lazy or lacking ambition. I’m simply saying that it is okay to be content where God has you in the moment. Before we focus on bigger things, what if we were just really diligent and faithful in the things God has us doing right now?

Because, here’s the thing. God loves to reward the faithful.

There they were doing their usual, every day, nothing out of the ordinary chores and God just showed up. He showed up, y’all! Right there, in the middle of all of their ordinary, God himself made an appearance. He invaded their ordinary with some of his holy. Do you think God just happened upon these particular shepherds? Maybe all of the really popular shepherds, the ones with big platforms and followings, were already booked that night? Of course not. I think he saw shepherds being faithful shepherds and it pleased him greatly to bless them with his presence.

Maybe you are feeling a little ordinary. Possibly, this morning, you’re getting ready to go to the same 9 to 5 that you go to every day. Or, it’s carpool time again. Today is just another day of doing what you do every other day and, sometimes, you feel a little lost in the lonely. You’re a little overwhelmed by the ordinary.

If that is you, can I just remind you of one thing?

When the angel appeared to the shepherds in the field, they were just doing what shepherds do. They were in a field watching sheep. But God invaded their ordinary and made it holy.

Whatever your “ordinary” is, just be faithful to it. Be obedient to what God has called you to do. Then, don’t be surprised when he shows up in your office, dorm room, factory or laundry room and invades your ordinary with a little holy.

You are so very loved.

9 thoughts on “When You Feel Covered in Ordinary”