To go back and read part I – click here.

A while back, there was this show on the History Channel called Expedition Africa. It was about this group of people who were – on an expedition – in Africa, hence the title. One episode really sticks out in my mind.

The self-appointed leader of the group was explaining the risks of that day’s travels.  You see, they had just spent several long days traveling to the top of this huge mountain.  They were all ready for the easy days ahead of going downhill.  Pasquale (the leader) shocked them all by saying, Be very careful. Going down the mountain is far more dangerous than going up.

That is an important reminder for our spiritual journeys. 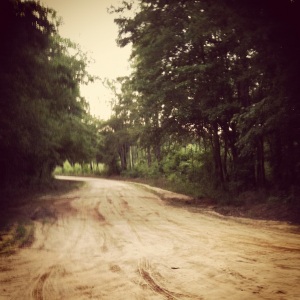 It is easy to stay focused on Him when times are hard. We feel weak and desperate for His intervention. Then, we reach the top and we think, I’ve got it from here. We look away and forget what we have seen.

Do you know what happened to those men of Israel that caused them to stumble? They entered a period of waiting. And, the waiting? It lasted a little longer than they thought it would.

When the people saw that Moses delayed in coming down from the mountain… – Exodus 32:1

It’s an old, old story. It’s Sarah waiting for a promised baby. It’s Noah confined in an ark waiting for dry land. It’s David waiting to fulfill his kingly calling. It’s the children of Israel waiting for the bonds of slavery to be broken. It’s God’s people waiting for the Messiah. It’s you and I waiting for His return. Maybe you’re waiting right now.

You’re waiting for the salvation of a loved one.

You’re waiting for God to move. And, just maybe, it’s taking a little longer than you thought it would. Beware. This is where the downhill trek gets treacherous. The men of Israel got tired of waiting for God and were willing to accept a substitute.

The enemy will parade all sorts of things before the eyes of those who have taken their gaze off of God. Those things will be shiny and those things will be pleasant to the eye. They may be good things, but they won’t be God things and Satan will try to convince you that they are sufficient. The enemy wants you to believe that God is not worth the wait. That, my friend, is a lie straight from the pit of hell and many have believed it and suffered the consequences.

There are two questions to consider.